Those were the first words spoken to me by Evan Bryson.

I was brought up on Saltwell Road before moving around the corner to the bottom of Hyde Park Street where Evan lived, about 10 doors up on the other side. I used to see him leave his house after tea time in his blue van, a van I am sure many young players have been dropped off in, at their
homes after attending the club.

I eventually joined the club in 1975 and remember my first game was against Ouston in a friendly. I had always played in midfield but Evan said I was to play centre back which came as a shock but it was from that moment that I played all my career at centre back, thanks to Evan.

I have very fond memories of being at Redheugh boys club, I played so many games it’s difficult to remember them all but I do remember the characters there, fond memories of Evan, Tommy, Mr Mac, Seppy, and Terry Ritson to name but a few. I also remember Tommy’s three bar electric fire in his treatment room, he never put it on if we had been beat, ha!

I played three seasons at Redheugh, playing with some marvellous players and I can honestly say they were some of the happiest days of my life. I played in sides with such great players like Dave Hodgson, Leon Gill, Terry Proud, Jimmy Boyle, and many others, too many to name. We won cups, leagues, and County cups, beating most clubs in the region.

In 1978 I joined Gateshead F.C. along with a few other Redheugh players as there was a tie up between the two clubs. At Gateshead I enjoyed three great years and learned a lot from the senior players there, players like Jim Pearson, John Connelly, John Tudor, Terry Hibbitt, and Bob Mcleod and others. Gateshead played in the Northern Premier League which was a tough league and a great experience. 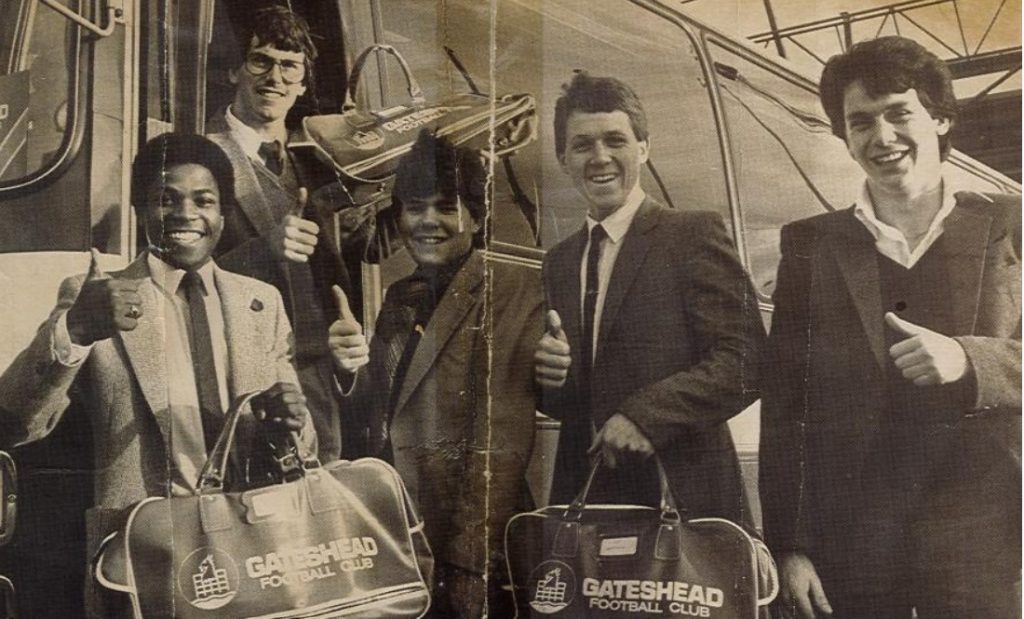 During my time at Gateshead FC a few professional clubs were watching me play and around the 1980 season I signed a short term professional contract with Nottingham Forest. Ray Wilkie drove me there and introduced me to Brian Clough, a legend of a man. I did not settle there and returned at the end of the season to Gateshead FC. At the start of the pre season training in 1982 I then had a trial game for Newcastle United against Hartlepool United which we won 7-1 (I think). I did well and there was going to be a follow up but in the meantime I had promised to go on a tour of Belgium a few days after the game.

A former player of Gateshead, Kenny Ellis, arranged a tour to Belgium to play a couple of friendly games as he had done the previous season. The team consisted of some Gateshead players and some out of contract professional players, a good mix and good players. We set off on the Saturday morning by bus via Dover and settled in Belgium late Saturday night. Kenny had arranged two games, Monday night against La Louviere and Thursday night against Royal Charleroi Sporting Club, both Division two clubs. If my memory serves me right, I think we drew both games. After the game in Charleroi I was called into the boardroom and offered a two year contract and agreed to sign for Sporting Charleroi. Also signing was a team mate of mine from Gateshead called John McGinley, a left winger.

We returned to Gateshead on Saturday night and John and I were back on a flight to Brussels on the Monday morning to start training Monday night, what a turnaround! Charleroi City is in the French speaking area of Belgium and is a bit like Newcastle, the stadium at the top of the City, bars and cafes in the middle, and bars and nightclubs at the bottom along the side of the river, and to top it off the team played in black and white stripes! Home from home.

I quickly established myself in the team and in the second season signed a new two year contract and I was made captain of the team which I took as a great compliment as there was some good Belgium players in the team and I felt honoured being a foreign player. At the third season we managed to get promotion to the Belgium Premier league via the play off system, we needed to win the last game at home to win promotion which we did 1-0 and I remember the stadium erupting in noise at the final whistle, some beers were drunk that night I can tell you. 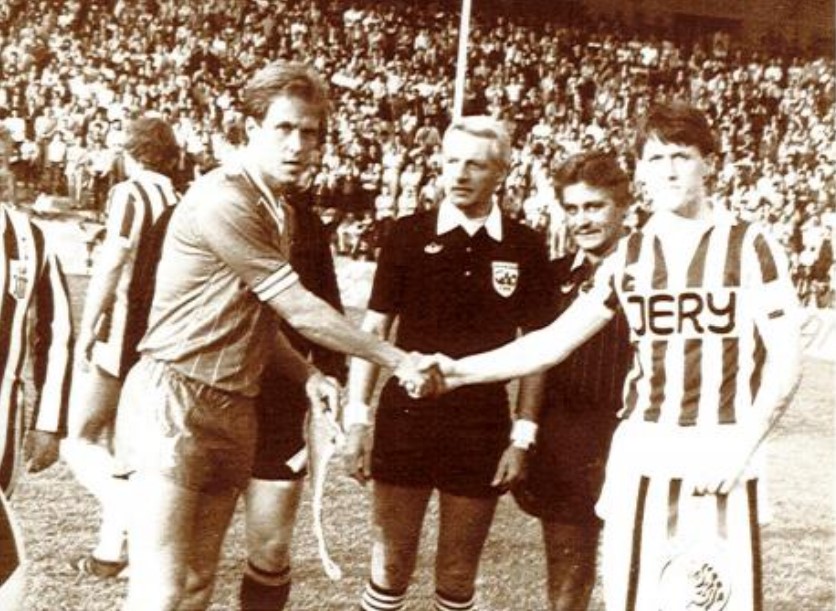 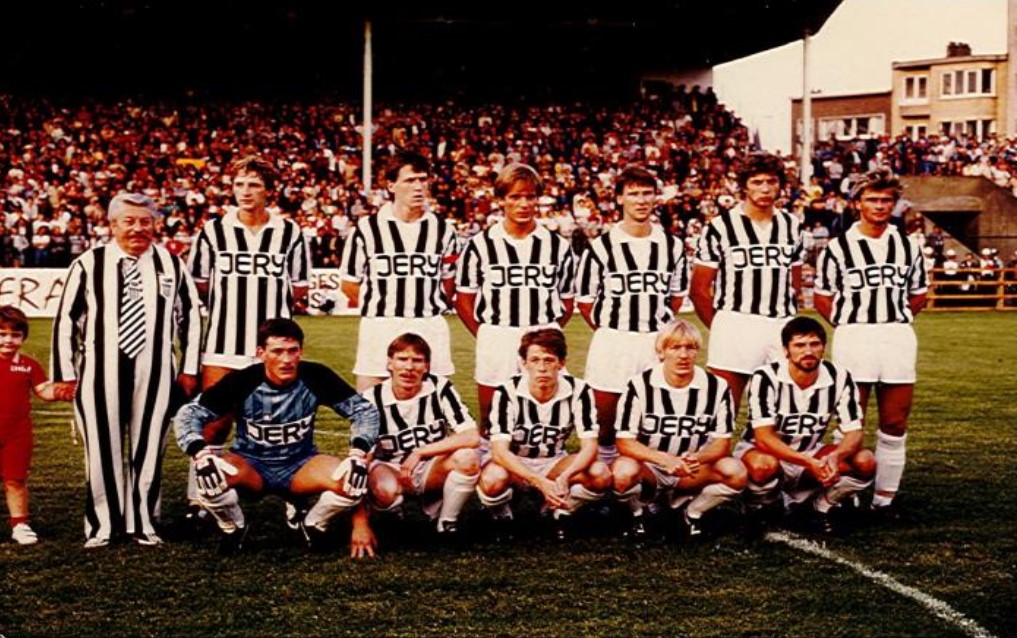 I will never forget playing my first game in the Belgium Premier league as it was on my birthday, the 14th August, and was away at Club Brugge on a hot summer Wednesday night. The front three players for Brugge were Jan Ceulemans, Mark Degryse, and a French player called Jean Pierre Papin. We drew 0-0 and I got man of the match, a super birthday present.

Charleroi played their home games on a Saturday night and there was always a big crowd. One game I was getting my kit on ready for the match when someone put their head around the dressing room door and said to me there was some English guys at the front gate asking me to come out so out I went in my tracksuit and flip flops. There was Evan and Alan Blackburn with a grin on their faces, “Dear me” Evan said, “I thought we would never find you”. It was great to see them and they watched the game, we had a couple of beers, then they went back to Blankenburge where they were staying.

On the 6th August 1984 Sporting Charleroi played Liverpool FC in an 80th anniversary game since the club was formed. Liverpool arrived a few days before the game and we were there to meet their bus when it arrived at the hotel. Who got off the bus first? Only David Hodgson my old team mate. 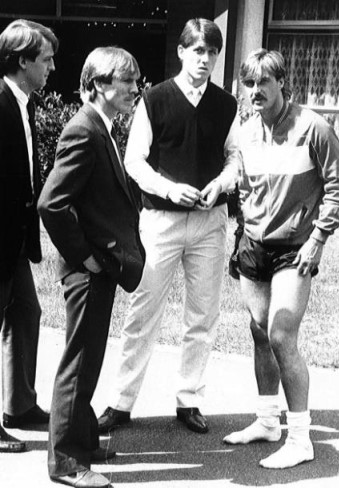 It was the first time I had seen him in years and we had a good catch up about our times at Redheugh. Needless to say, Liverpool were a top team and they beat us 6-0!!

A youth player who got promoted to the first team squad at 17 years of age was called Phillipe Albert, a powerful young centre half who went on to bigger and better things and eventually signed for Newcastle.

I stayed 5 years in Charleroi then returned to England for family reasons. I still had 1 year left on my contract and this was before the Bosman rule came in so Charleroi would not let me sign for a club unless they got a sizable transfer fee which no one would give. I could not play for a year until the FA and FIFA got an agreement that I could play non league but if a professional club wanted me then a transfer fee had to be paid. I signed for Barrow FC as Ray Wilkie was the manager there and I liked Ray very much. I was at Barrow for around 18 months and we won promotion to the Conference
League but as I now had business interests back in Gateshead I signed again for Gateshead FC where my old team mates were managing the club, David Parnaby and Jim Pearson. Gateshead were in theNorthern Premiere League at the time and we managed to win the league (1989-90) and get promoted to the Conference League.

After playing at Gateshead my career was winding down and I went on to play locally at Whitley Bay, Hebburn FC, and Eppleton.

After I finished playing I managed Hebburn FC and then had a spell as manager at Blyth Spartans FC.

I spent 25 years as a Football agent and now I am a football Consultant working worldwide in the Football Industry, often in China before the Pandemic shut the borders. 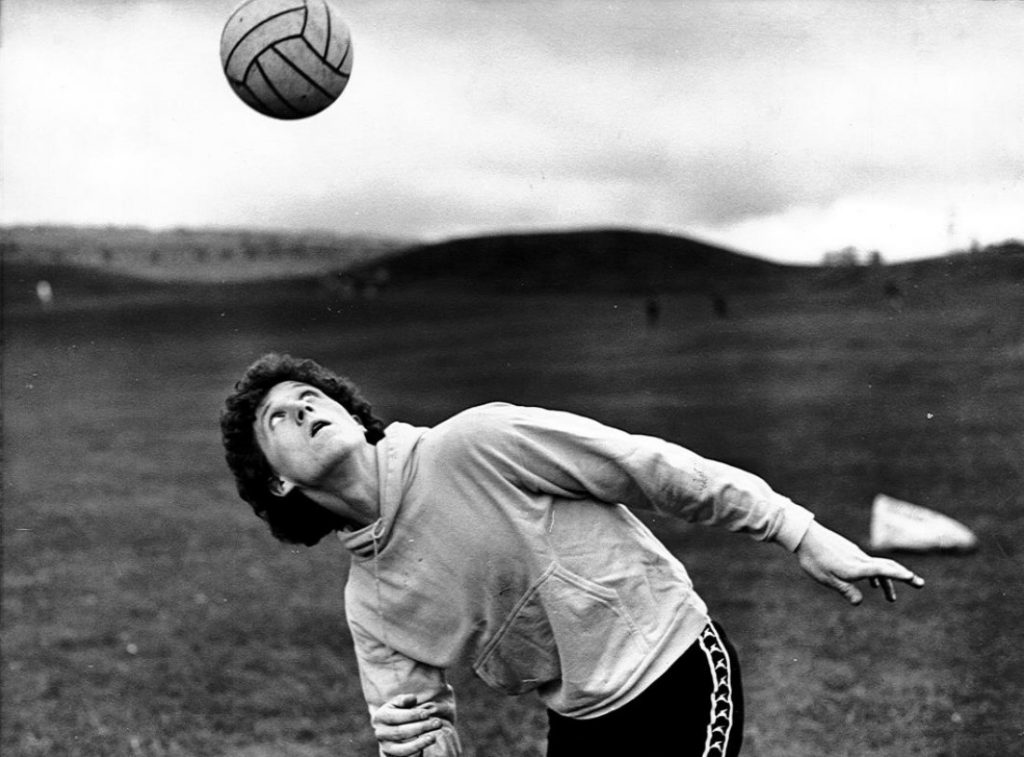 Redheugh would like to thank Peter Harrison for his words and fond memories of Redheugh. We wish you all the best.