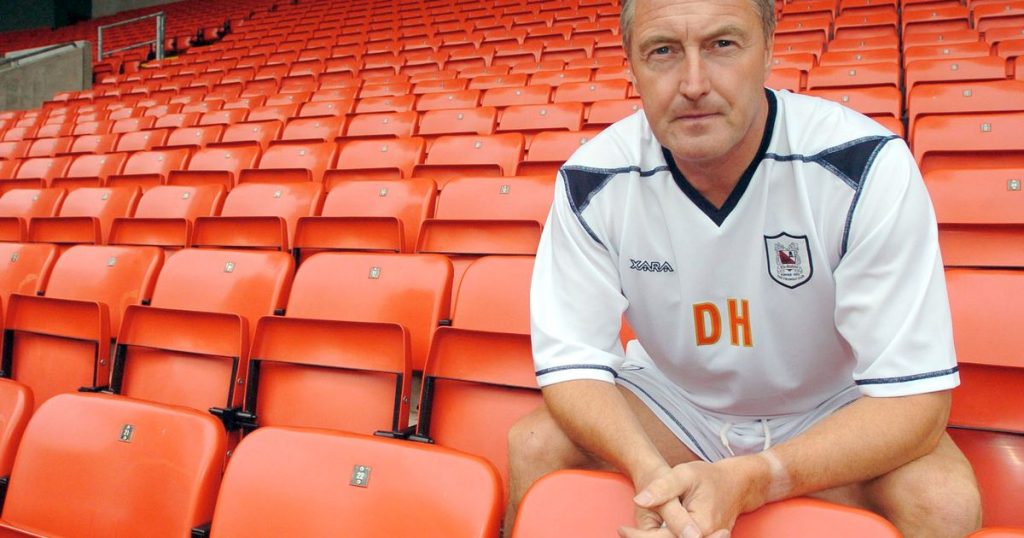 They say a journey must have a starting point, well my journey started at Redheugh Boys Club one Friday night in 1974.  Never did I know I would play in 4 countries, represent England, play at Wembley on 4 occasions and even return as a football manager!  ALL THANKS TO SEPPY THIRLAWAY!

I believe fate has a huge part to play in our lives and me turning up at Redheugh was just that.  A close friend from my childhood, Ted Cummings, had an Aunty who was going out with Seppy.  On the occasions when I was with Ted at the house, Seppy was there and every time he asked the same question, “when are you going to come and train with us Hodgie?!“.  Well his perseverance paid off and my first visit was on a Friday night and as everyone knows it was in a school yard with flood lights, it was incredible.  I was introduced to Evan, Alex and Tommy.  This was like a professional setup, each had a specific role and all of them set fantastic standards.  I obviously did well in my first training session and was asked to come with the team on the Saturday just to watch the A team play. It seems like yesterday.  There were some good players in the team, Peter Harrison, Jeff Woof, Leon Gill.  I couldn’t wait to get started and I was back on Tuesday night signed up and ready!  The club had a great relationship with Middlesbrough so it wasn’t long before I was joining Jeff Woof, who was on schoolboy forms, on trips down to the Boro.  Unlike Jeff, my father wasn’t allowing me to sign any school boy forms.  I genuinely believe had it been Sunderland then that may have been different!

I must have been playing well, especially in a age group 2-3 years older, because Ipswich, Bolton, Boro and Derby all showed interest.  Ipswich even offering me the chance to leave home and attend school down there!  That was a no go…I found attending school very difficult in my home town (BeaconHill school)!  At the time Bolton also offered 2 years apprentice 2 years Pro which was unheard of in those days, but I never had a good feeling for Bolton so I turned it down as well.  At this time Redheugh were flying.  We were without doubt the best boys club team in the North of England, even though we never came face to face with Wallsend Boys Club, but the end result would prove we would have beating them.  I was then in my second season at Redheugh and all the talk was would we win the treble, and by winning that would mean winning the County Cup.  Decision time was looming, I had to make a decision and Evan Bryson was trying to make it for me.  He tried to convince me not to accept any of the offers and stay with Redheugh for another year.  Being August born mean’t I was still only 15 on leaving school and he was convinced another season with Redheugh would do me more good than harm, and I would be able to play in the County Cup final.  I didn’t take Evans advise and signed for the Boro big gamble, on apprenticeship terms, and turning down possible pro contracts…but I have always followed my heart.  I missed out on the County Cup final, which the lads won, and when I looked at the team photo hanging up on the wall at the new training centre it was spooky because I knew I should have been in that line up.

Well my football Journey was about to commence.  I joined Boro on the 6th of August, ironically it was my birthday, but I had to be 16 to sign apprentice forms.  The sad thing was that Jeff Woof, who had been with the Boro since he was 8 years old, wasn’t signing with me.

I had 2 years to prove myself and to be honest at times it was tough on many occasions.  I would have gladly walked away go back to Redheugh and enjoy myself!  I was on the verge of being kicked out, and when I say on the verge it was probably a understatement!  I’m certain Boro coach Harold Shepherdson (ex England World Cup coach) had made his mind up enough was enough and wanted me out.  My discipline off the field was shocking, same stupid behaviour which caused me issues at Ipswich surfaced again.  I simply didn’t know the meaning of enough is enough.  Having trashed the rooms of my hostel team mates once too often my time was up.  A meeting was called in the away changing room with all apprentices to attend.  Not sure why they were all there but they were.  In the middle of the room was a table with a pair of Adidas boots, number covered up on the back, so it could have been anyone of 15 players.  Mr Shepherdson began with a long speech about discipline and how England won the World Cup, etc.  His voice was getting louder and anger was becoming the tone.  Within a flash, both boots had hit me full on in the face and chest and within seconds there was only me, him and Bobby Murdoch in the room.  Jesus, my days were over, “Redheugh here I come” was in my mind!

That night we were travelling to Everton to play in the FA youth Cup.  Had it been everyone was fit I wouldn’t have travelled and I’d be gone, but Bobby Murdoch, my coach, made a incredible appeal to keep me until after the game.  Well I will cut this story short, we lost but I covered every single blade of grass at Goodison Park…they had no choice but to go back on there words and keep me!

Well, technically from then on it could only be upwards! I went on to sign pro forms, play over 100+ games for the Boro, win a few individual honours along the way and play for England U21s.

Leaving Boro matched the heartache I suffered when I had to leave Redheugh.  When you’re happy, what else is more important? Even joining Liverpool.  That was my downfall through my career…I always followed my heart and never my head. 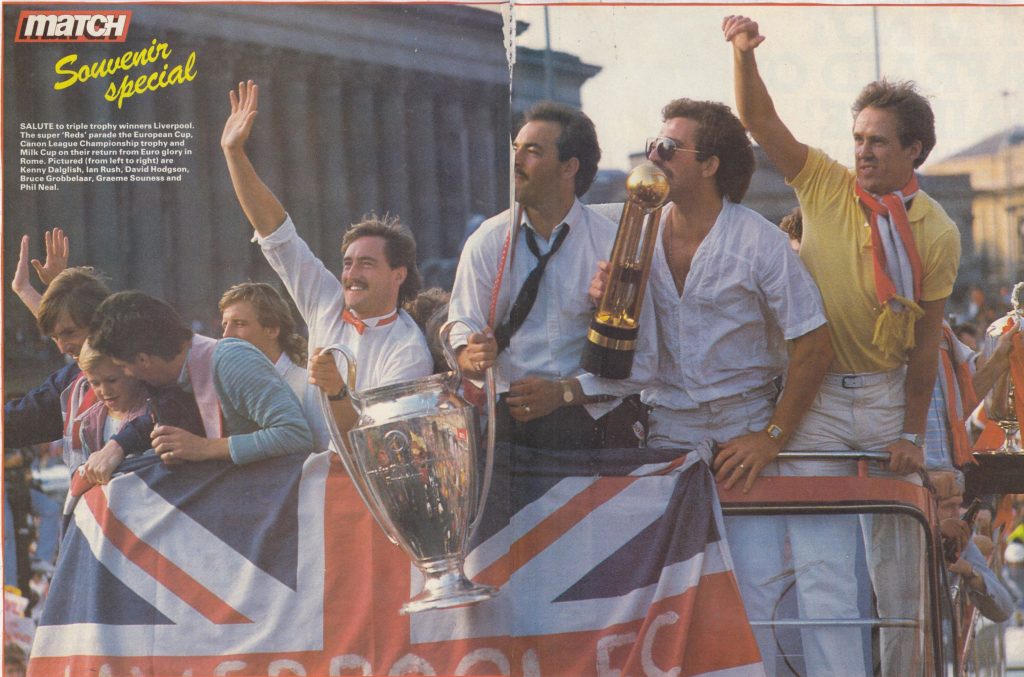 So it was going to be the pattern of my career.  Who would demand to leave Liverpool, the best team in Europe by a country mile?  Well, yours truly!!  Knowing I could sign for Sunderland was pulling on my heart strings and 27 transfer requests sealed my deal back home to the club my father and I supported.  Unfortunately this move proved my old boss, Joe Fagan, right.  His last words to me after trying to convince me to stay at Liverpool when I told him I had signed, were “you have just made the biggest mistake of your life”.  Somehow he may have been right, but only on the football aspect. 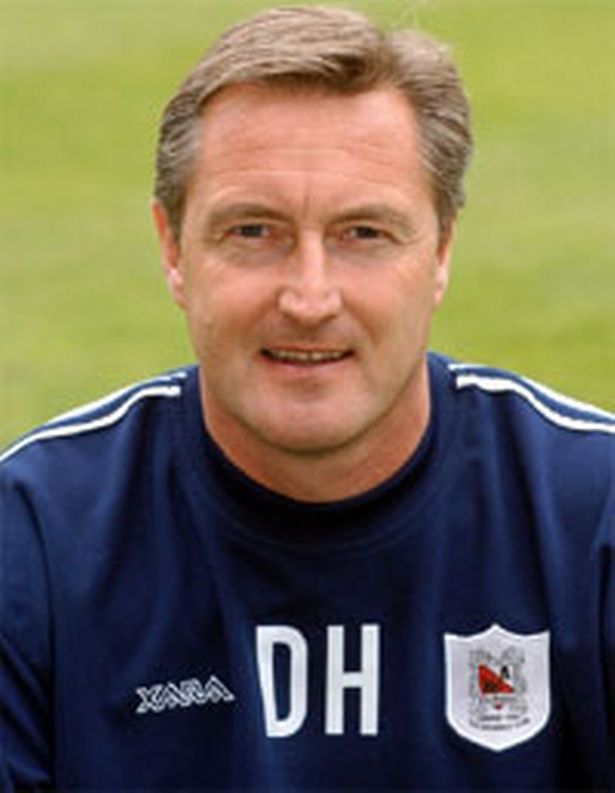 Well, I can look back on 2 league titles, 3 Milk Cup wins, 3 Charity Shield medals, 1 European Cup winners medal, 1 England U21s winners medal and 1 runner up Milk Cup medal with Sunderland.  Add to that 450 games in management (with Darlington FC), several manager’s awards and reaching Wembley as a manager…and still involved within football having travelled the world…worked in South America and lived in Argentina, having inbetween wrote a best selling book about my life in Football…and all this is thanks to Seppy Ted Cummings and Redheugh boys club! 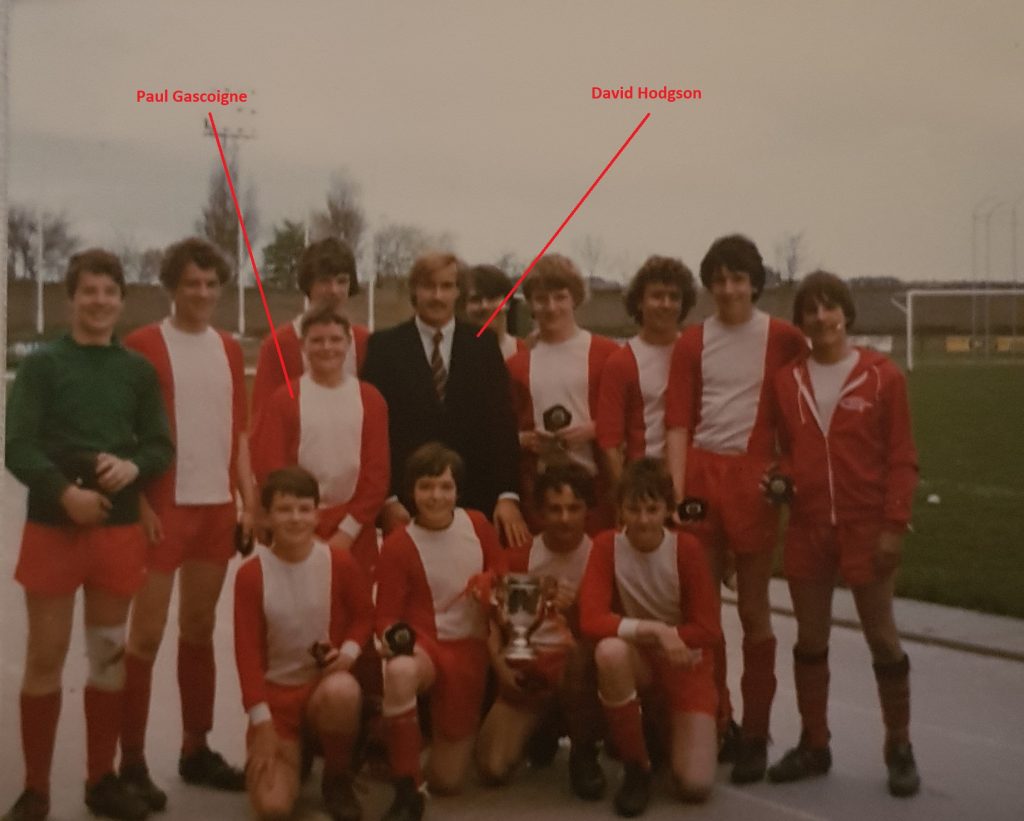 Thank you Redheugh Boys Club for sending me on an amazing journey!
David Hodgson

On behalf of everhone at Redheugh we would like to thank David for his time and kind words.  We wish him all the best for the future.  THANK YOU.